Have you ever wondered how disaster first responders get their training? It’s not like they can “train” to react to real plane crashes or collapsing buildings. So where do they go for realistic training? Many of them head to Disaster City, which is part of the Texas Engineering Extension Service (TEEX) training center in Bryan, Texas. First responders from around the world visit the facility to hone their skills on large-scale mock-ups under the supervision of expert instructors.

Suppression of fires involving jet fuel requires specialized training, available at the TEEX facility. Current scale models include a 72-foot fuselage with first-class and coach sections, two-level wings, tail section and cockpit, all equipped for fuel spills and igniting engines. Another area includes a smaller fuselage, a wheel / brake assembly, and an engine. The two mockups combined make up the largest such training pit in the United States. Another recently acquired aircraft fuselage will soon be added to the available accessories for training designed to save lives during air disasters.

Managing fires on board a ship at sea requires even more specialized training. A 300 foot model ship is available for close training of electric and diesel firefighters. The available scenarios include fuel drum fires, engine fires, and fuel spills.

Additional areas developed for fire training include industrial complexes, pipelines and refineries. Training lights in these areas can be designed as large or small and are carefully monitored during the training process.

Fires and rescues on trains and trucks

Using donated tankers, cargo and passenger cars, the facility has a wide range of disaster recreations. Some are rigged for fire and hazardous materials training, while others are primarily intended for search and rescue training. Search and rescue areas, while looking realistic, are structurally sound so that volunteers can safely act as â€œvictimsâ€ waiting for rescue. Temporary barriers are sometimes placed between trainees and victims to make the rescue more difficult. 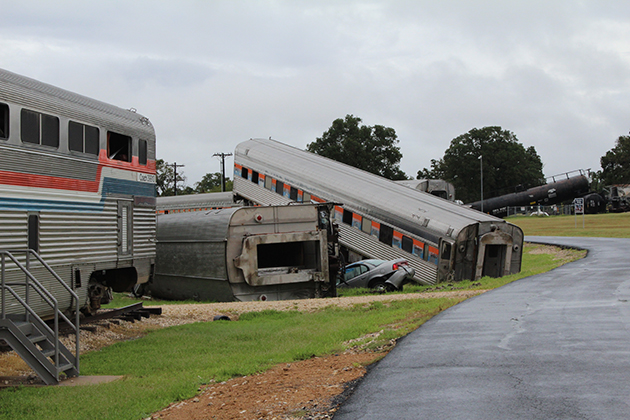 Collapsed buildings and piles of rubble

Throughout the complex there are buildings in various stages of disaster – ranging from almost entirely intact shopping malls to an area of â€‹â€‹roof collapse. There is a section of an apartment building brought from the city of West, Texas, where a fertilizer explosion three years ago tore the facade of the building apart. Another building draws its design from some of the world’s greatest disasters, including the Federal Murrah Building in Oklahoma City and the Mexico City earthquake. It features a metal frame structure that can be configured with a combination of broken columns, a suspended concrete slab, and floors that can be tilted to varying degrees.

Scattered throughout the complex are several piles of rubble with specially constructed tunnels running through them. Concrete barriers are then slid in and out of special slots in the tunnels to make “rescues” as difficult as training warrants. 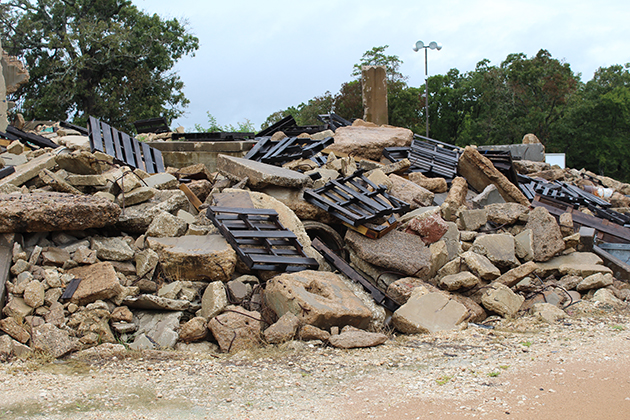 Human responders and dogs are trained to find and help rescue survivors in buildings and piles. Dogs start with what looks like playground equipment first, but it’s actually specially designed to help them familiarize themselves with maneuvering through and over obstacles while avoiding hazards such as exposed nails or sharp metal. Once they have mastered the equipment in the open, they can begin to practice on the piles.

The TEEX facility is one of the country’s leading emergency response training facilities, providing training in over 130 specific areas including hazardous materials, oil spill rescue, emergency management and crisis preparedness. The facility trains responders from around the world, including the US Department of Defense. The goal of the facility is to use innovation and awareness to educate stakeholders, not only within the state of Texas, but far beyond. 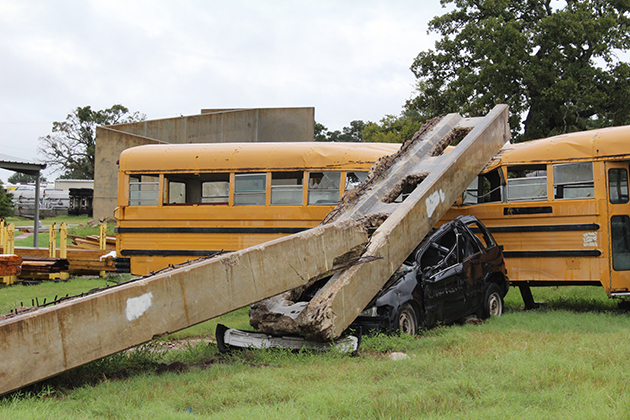